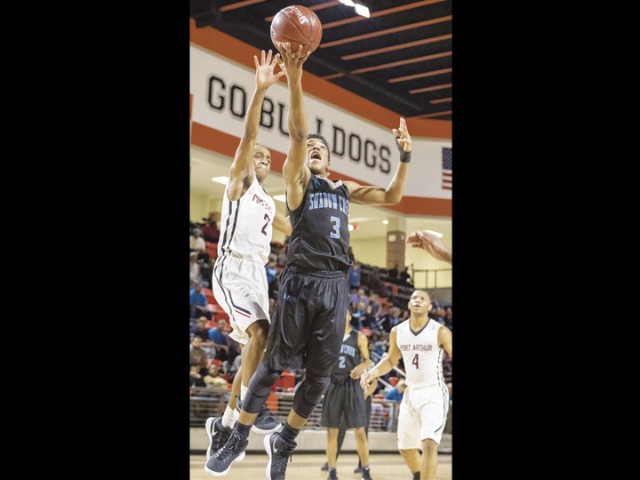 Shadow Creek’s Tyron Henry and David President both earned most valuable player and coach of the year honors, respectively, for the second straight season, while Manvel Maverick Shaun Walker was tabbed as the newcomer of the year to highlight the area selections to the All-District 24-5A Boys’ Basketball team.

Herny was joined on the first team by Shark teammate Akin Newton, while A.J. McBride also made the first-team cut for Manvel, along with Walker. The 5-9 Henry also recently made both the all-region and all-state lists for the Texas Association of Basketball Coaches for the second consecutive time.

Shadow Creek finished the season at 26-6 overall, capturing the 24-5A championship and defeating Houston Austin (74-43) in the bi-district playoff round. The 18-13 Mavs entered the postseason as the district’s fourth seed and fell to Houston Madison in bi-district.

Trejon Ware and Will Young were each selected to the second team for the Sharks, while Manvel second team nods went to Mason McBride and J`Vaun Walker. Tyson Guerra and Myles Levine also gained honorable mention status for the Mavs.

Angleton’s Thaddues Chaney was named the district’s defensive player of the year and the top offensive honorS went to Hightower’s Bryce Griggs.